I own one photograph of my mother. She is three, standing at the lip of a garden pond complete with lily pads and frogspawn, under the watchful eye of her own mother. The little girl in that picture looks like me. I look like her.

The photograph is colorized—surprising, perhaps, as it was taken in 1930. Likely that’s why, in spite of the clothes and hairstyles, friends of mine sometimes assume that I am the sad-faced child in the picture. But I am not her. I did not wear a white party dress. My mother was never elegant in blue.

The last time I saw my mother in person she was standing on a street corner in the Scottish city of Dundee. She was hunched inside her grey winter coat with the red stripe, smiling. I can look back and see her standing there still, watching me as I walk away. We met that day because I couldn’t tell her over the phone that I planned to never see her again. So, we met for coffee one day in the spring of 1991. I still regret looking back at the woman who gave birth to me.

Although, looking back, I guess the worst thing my mother did to her children was to pick out for them a father who was a bad fit for family life. Not that he was an adventurer, a lone wolf, a lothario—he wasn’t any kind of an anti-hero. He just didn’t like to have people close to him. He did make an exception for my mother, I suppose. Most of the time. She was that famous exception that proves a rule.

I don’t know because I never asked, but I imagine Mom picked out my dad because no one had made an exception for her before.

By the  time Dad died—in 1983—I think my mother was finding it more difficult to live in that imaginary world of hers where she grew a perfect family. I had left home by then, but I remember visits spattered with invective, or smeared with hurt silence, while my siblings and I tried not to look at the clock on the wall, or each other, or remember too hard. After Dad’s funeral, Mom began to look at her children with hungry eyes, as if she had long ago lost the person who fed her. Visits then became a game of cat and mouse, dodging her mouth. A few years in, Mom bought a kitten. Company for her, we thought. But the kitten didn’t like to have people close to him. He would sit on any piece of furniture tall enough to be a launch pad, waiting for the next human target. In mid-air, he somewhat resembled a flying squirrel—if you had time to notice. But that cat had the claws of a tiger. My mother’s arms were covered in scratches. The kitten had to go. Not long after that, I stopped visiting her at home.

When I was a little girl, the pond-side photograph of my mother and grandmother hung above my bed. After church on Palm Sunday—back when I still went to church with Mom—I used to tuck my palm cross behind the picture and leave it there to gather dust. The photo wasn’t—isn’t—formally framed. It is simply pressed between glass and card, kept in place with strips of black Passe-Partout tape. It’s true, I still own this photograph. If I want to, I can see it anytime just by closing my eyes. But I can’t show it to you here. When I moved to the States, I left my mother’s picture in the UK—in a box, in the loft above a friend’s garage.

My mother is eighty-seven now, if she is still alive. I know. I could find that out, if I wanted to. I could track down all of the family members I left behind when I made my escape from the tedium of second-hand family life. A permanent sister and aunt, and therefore still a daughter—still referenced as such, seven years on from that last cup of coffee—I had no respected obligations of my own. In 1998, like a snake shedding skin after skin, I left those old lies behind. I was forty years old. No great feud preceded my departure. If it had, if I still felt anger, or sadness, or anything, I think that writing about my mother and myself might be easier than it is, because then there would be a story.

My mother’s name is Barbara. Was Barbara. And there’s another writer’s dilemma. But I can tell the story of Barbara, the girl born in France to Scottish parents, who, at thirteen, had to choose a few possessions to take with her when she and her recently widowed mother fled from the threat of internment in Vichy France. That chapter—from June, 1940—is the highlight of Barbara’s life, if one sees her life as a story arc. My mother did not see her life that way. She created for herself a different picture. First, a headshot of an unsuccessful but hardworking actor, smiling in monochrome. Or later, when the shelf threatened, framed as a picture-book 1950’s wife-to-be in a wedding gown. I have nothing to say about that last photograph. Nothing that hasn’t been said a million times.

Why is this an issue? Surely I am at liberty to write about whatever I choose. Well, not quite. The issue, for some, is that I am a poet. A woman, and a poet. A childless single woman, and a poet. Heartless, and a poet—or so I’m told. I have a Masters in poetry and, as I advanced toward my thesis defense, I became increasingly aware that my teachers felt I was holding out on  them. “Who are you?” my advisor asked. I thought I had answered that question in my work. I thought I had explained my lack of attachments, the emotional flat-line to which I am tethered. I thought intellect and imagination were enough. I still think it.

My mother belongs to another country. I don’t have a map. I never did. I do have her picture, though. A solemn child, awkward in white, standing too close to the edge of a pond.

Jude Marr teaches at SAE Institute in Atlanta. Her work has appeared in The Cortland Review, Black Heart Magazine and Cactus Heart, among others. Jude received an honorable mention for the 2014 Frankye Davis Mayes Prize sponsored by the Academy of American Poets. See more of her work at jude-marr.squarespace.com. 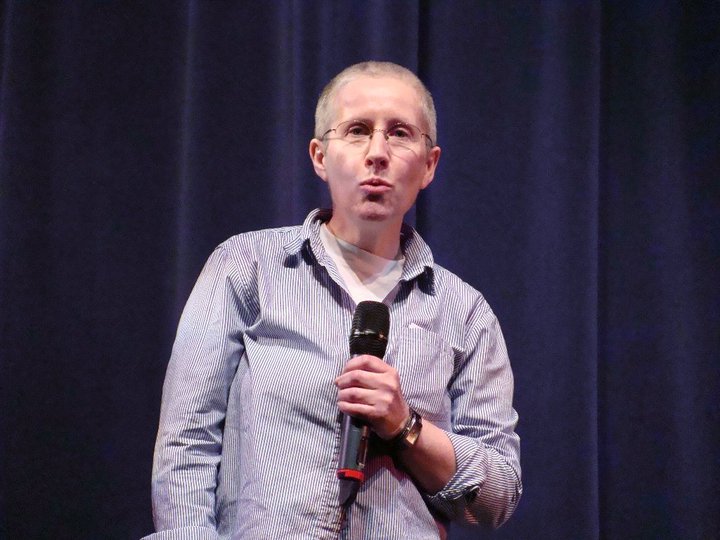